Alan Rickman is alleged to be hatched by a phoenix  from a golden egg.

This rumor was around for a while (probably launched by Jo Rowling).

This was  doubted by many, refusing to believe Alan would burst into flames and be reborn from the ashes. 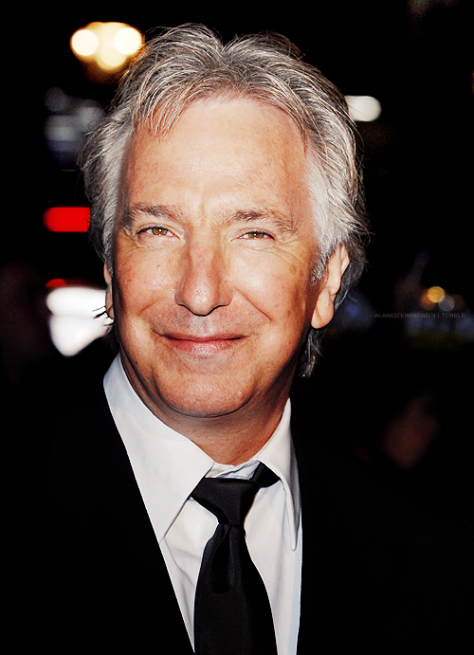 Personally, I don’t care as for me Alan is immortal, anyway.

Wikipedia says he was born

in London and will celebrate

As we all know Alan is one of the finest actors, directors and human beings on this planet.

Those who don’t know – shame on you!

But I’m here to help, it’s never to late to educate yourself. I live by that.

1  If you ever bump into him never under any circumstances address him as Professor Snape – you won’t be lucky enough to receive the Avada Kedavra Curse, you’d only whish.

3  You really need to be certain about your priorities – I’d turn right like every red-blooded Rickmaniac!

4  A sure sign you’re on your way to be a Rickmaniac is when all items on your bucket list say: meet Alan Rickman.

5  There are 7  Easter Eggs on this page the good ones are harder to find (obviously) – some more extra fun for all Rickmaniacs – good luck.